flamingos on a stick

Sam has a special gift. He understands the languages of animals. This often gets him into trouble, especially when he frees his teacher’s soon-to-be-dissected frogs, and Principal Kovich calls for his immediate expulsion. At their wits end, Sam’s parents send him to New York City to the only person who can whip him into shape – Grandma Bondagucci. Come to find out, Sam and his grandma have more in common than they expected. And this comes in handy when it is up to them to find out who robbed the flamingos from the Bronx Zoo and zapped them into lawn ornaments.

Herbert is a fly who makes delicious honey. But flies aren’t supposed to make honey. They are supposed to forage the dump for all things spoiled and rotten. Instead of staying at the dump and disgracing his family, Herbert sets out to find the Honeycomb Palace. Will he make it without one of the ferocious and carnivorous dragonflies devouring him? And if he does make it, will Her Majesty the Queen Bee even let a fly inside her hive? Herbert’s journey is filled with triumphs and setbacks, and along the way, a cast of not-so-ordinary characters show Herbert that life isn’t so black and white beyond the dump.

George and the goblin hole

George Ewing takes a tour of the James Whitcomb Riley Museum Home and realizes that he is the 5th great grandson of Mr. Riley's butler. Even more surprisingly, he uncovers a magical plot that he must finish. For a hundred years, the Squidgicum Squee, a creature that swallows and erases books from history, has been trapped in Mr. Riley's cigar box. But the Goblins have stolen it and plan to release it. Will George stop the Goblins in time before they carry out their wicked plan? 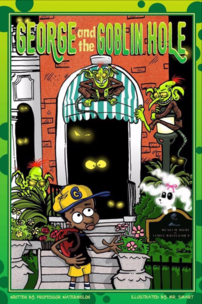 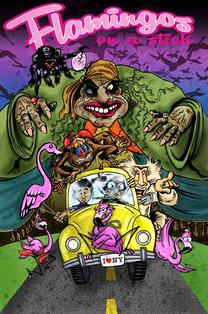 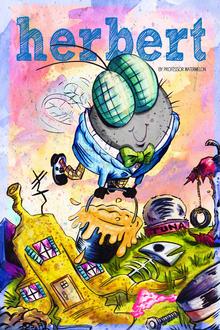